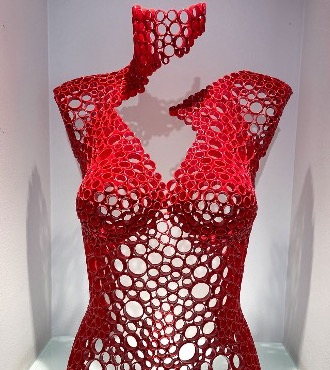 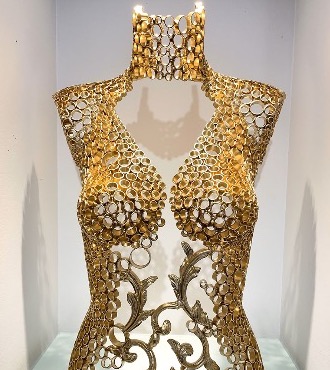 Yohan PLU is a French sculptor, who is part of the current trendy universe of art!
He is today the only artist to create female busts in copper rings, which makes him a true pioneer.
Cut out one by one by hand, he selects, assembles and welds each ring, of different diameters, to give rise to
female bodies.
This unique feature allows him to put his touch and his personality in the immense universe of sculpture.
The female bodies he creates seem sculpted in lace, like haute couture pieces.
He specializes in the artwork of copper and bronze, which he particularly likes for its lightness and malleability.
Drawing on his experience, he carefully develops, out of sight,
its own recognizable style.!
The quality of his work and the originality make Yohan Plu an artist
Peerless.
Yohan PLU
/
Infos