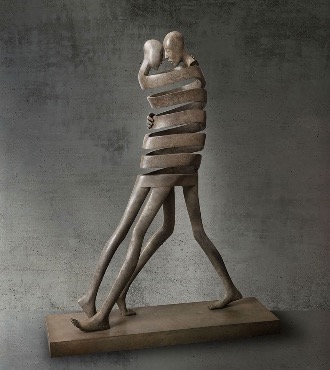 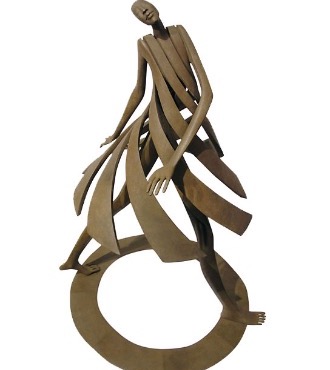 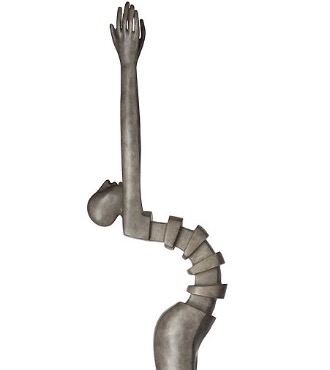 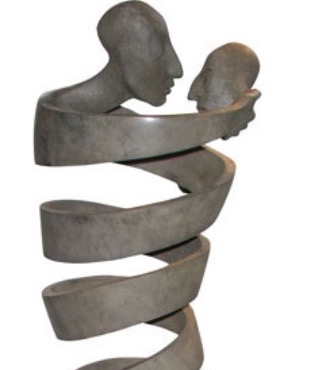 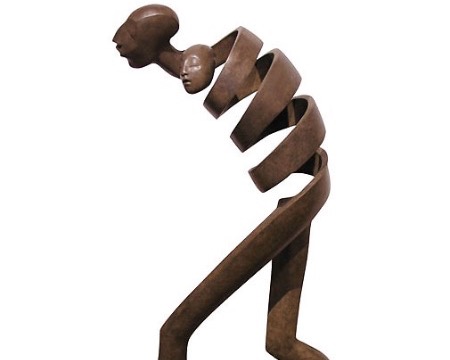 Isabel Miramontes was born in Santiago de Compostela, Spain.
This high place of pilgrimage, originally Celtic, always fascinates her and remains for her a magical country. But it was in Belgium, in Brussels, that the artist grew up and studied: she obtained a regendate in Plastic Arts at the Institut Sainte Marie.
She continued her training in 1988 at the Academy of Fine Arts in Saint-Gilles, in the workshop of Patrick Pouillart where she acquired a solid experience of drawing and sketching on a living model. She keeps from this experience the need to fix at any time the body language of the man, attitudes and impressions thrown on multiple sketchbooks, as many testimonies of the subtle and insightful look that she walks around her. She also follows the courses of the art historian Gastón Fernandez who marks his artistic reflection, rigorous but generous, always animated by a great open-mindedness.
It was in 1994, in the studio of a sculptor friend, that she passionately discovered sculpture, which became the preferred means of expression to which she now devoted herself.
Each day, Isabel Miramontes isolates herself in her workshop. There, with fervor, echoing her sketches, she shapes the earth, explores new forms to give body to her inner life and transmit her vision of the world. Struck by a silhouette, a movement, a symbol, a thought, Isabel Miramontès translates with a deep and sincere emotion the human attitude.
The plastic language of Isabel Miramontes imposes the human being represented in all the ambiguity of his power and his fragility, his confinement and his desire for freedom, his dream and his triumph. This fascinating character, synthesis of forms and thoughts, expresses the reality of life with its moments of happiness but also of drama, abandonment but also of tension, a character who, undoubtedly, challenges each of us in the deepest of his be.
Isabel Miramontes
/
Infos