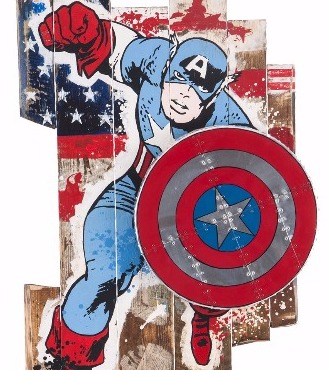 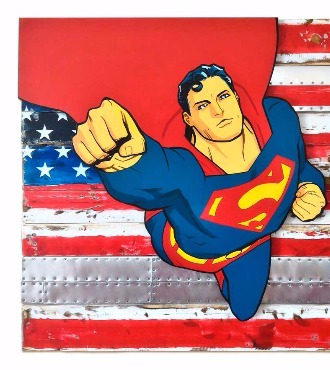 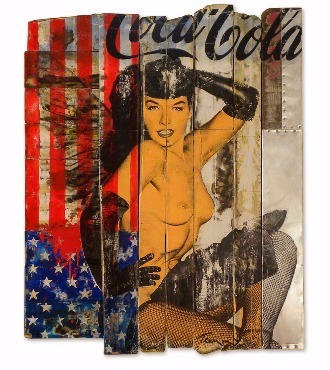 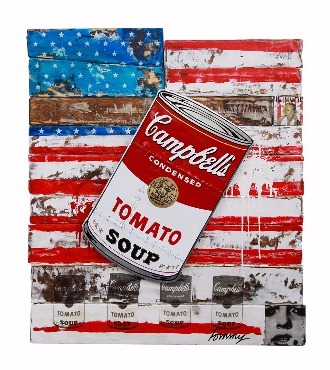 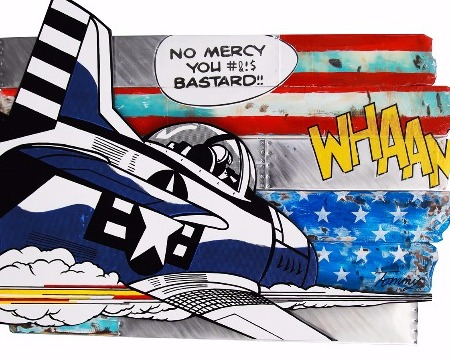 Born in California in1965, Tommy studied art history at Santa Monica Collage in the United States and later on, studying architecture and interior design. However, he still felt something was missing; a sense of unfulfillment accompanied him for many years. Knowing his strengths and skills, he new it was creation in which he needed to pursue. With a passion for esthetics and beauty, Tommy dabbled in different fields from the design of high-end furniture to silversmith work. Over the years Tommy became an up scale interior designer, designing projects for the rich and the famous.
It was only in the past years that the need to evolve as an artist emerged and once again, Tommy found himself in unfamiliar territory. Pop artists such as Andy Warhol, Roy Lichtenstein and Robert Mars always influenced him when creating. Growing up in California exposed Tommy to the Mexican culture and vibrant colors. He started using recycled wood and other materials as well as all his previous experiences, seeking for his own path.
The long journey that led Tommy to this point showed results instantly. He finally felt he was on the right track.
In his words: “ If I lived this life with out painting – what a tragic life I would have lived”. Tommy feels today his art is evolving together with him and his journey in life. He is full of ideas and unable to slow down his pace of creation. Delivering his feelings and thoughts artistically and rapidly as though addicted to a toxic drug, Tommy is a truly devoted artist.
Tommy delivers a nostalgic but authentic feeling. The combination of colors, materials and subjects give us a genuine sense of the reminiscence of early pop culture. A vintage look is one of Tommy’s trademarks.
TOMMY
/
Infos